My IdeaLife: superbowl
skip to main | skip to sidebar

The toddler force! Darth Vader's never been so popular.

I love this ad, you've probably seen it as it played during the Superbowl. I think its success is in showing the simplicity of a child's imagination and the joy of surprising them. I'm so glad I still have this phase of my boys to look forward to. 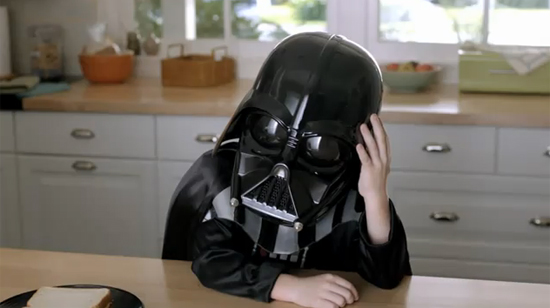 Bang is just reaching this stage at 3, he told me he was four yesterday and that he turned four when he had a batman cake. The thing is he's 3 and has never had a batman cake. But that's toddlers, their minds are not as logical as they may be at some stage but they are cuter and funnier than they'll ever be and it is so fun to watch and a real privilege to be a party to their machinations.