Pregnant with number two? ~ My IdeaLife
skip to main | skip to sidebar

Tuesday, August 09, 2011
Losing their cot to a new baby may be the least of their worries...who really needs preparing when a second baby is coming? 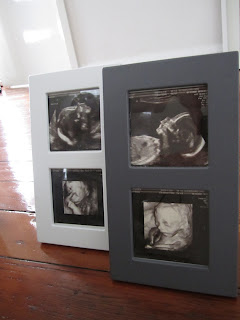 When I met Bang, my firstborn, I changed. In fact changed doesn’t really cut it – I should say I became a woman-possessed. I was terrified, sleep-deprived, euphoric and falling in love in a way I never had before, all at once. He was my delight and I was your typical first-time Mum – overawed and overwhelmed.

So when I found out I was pregnant with my second child when my son was only 8 months old, my already very over-amped brain started to meltdown. Basically I freaked out emotionally, which initially resulted in a very tempestuous new year’s eve ‘date night’ with hubby, and ended with me plagued with guilt and panic. ‘How was I going to explain what was happening to such a young child? What affects would this have on him? He already has to deal with me working 4 days a week and now this? Will he understand how much I still love him when I’m nursing another baby?’

I searched for books that explained being a big brother, I let him feel my belly and told him a bub was growing in there, I minimized all change for him a month prior to birth. We followed all the great practical advice out there* to a tee, even down to buying him a present from the new bub.

But I still struggled, how was I going to explain to a toddler that Mummy is going away and when she comes back she’ll have a baby with her a lot of the time?

Our new baby arrived and when I came home all I could think about was seeing my eldest, my heart broke as this little person, still only a baby himself ran towards me laughing and crying in his relief at my long-awaited return. The sleep deprivation that followed, coupled with watching my toddler struggle to understand why Mummy would disappear for hours with the baby created this emotionally strung out state that I existed in for months. Marked by constant guilt about not spending enough time with either child or sadness because I missed the exclusive time I used to have with my first. All the preparation in the world was not going to help my little boy if his Mummy was a wreck.

The fact is no explanation can fully prepare a toddler for the arrival of a new baby, and worse still it is going to cause them some painful jealousy. Penelope Leach writes ‘Imagine how you'd feel, for instance, if your husband came home one day and cheerfully announced the news of a second wife to you: "I'm bringing home a new wife soon, darling, because I thought it'd be nice for you to have some company. By the way, I'll need you to be a 'big girl' and help me take care of my young bride."’^ When you think about it in that sense it is completely normal that your child will feel hurt and confused by the displacement a new baby causes. What is really surprising is it can have a similar affect on Mothers too, as was the case with me.

Luckily with more sleep and time, things have settled down for our near-instant family of four. Bang still gets cheesed off if he wants me and I’m stuck feeding or changing Crash, but I’m the one who is calmer, which in turn makes both boys more content and secure. I have got used to the idea of two children now and managed to do what all my friends said would happen, that is, find as much love for my second child as I did my first.

But it didn’t happen over night, it took about six months, and all I can think is it may have happened sooner if I had been more prepared. If I had known the extent of the upheaval a new baby would cause to everyone, not just my toddler, I may have been able to relax a little more because the chaos and turmoil that ensues is completely normal.

So although the practical tips are so worth following I think the best way to prepare your toddler is by preparing yourself. If the 3 hours sleep a night, their jealousy and your heartache are no surprise then you may fare better than I did at maintaining a calm and stable environment for your child, making for a happier transition. No mean feat really!

*For fantastic practical tips for preparing your child for a baby brother or sister I liked:
Preparing your Toddler for the Arrival of a New Baby
10 ways to prepare your toddler for the new baby
^What can I do to prepare my toddler for our new baby? Penelope Leach
©My IdeaLife, 2011, All rights reserved
Posted in: baby, challenges, motherhood, parenting, pregnant, preparing toddler for new baby, toddler, two kids, two under two
Email This BlogThis! Share to Twitter Share to Facebook
Newer Post Older Post Home