My IdeaLife: run over
skip to main | skip to sidebar 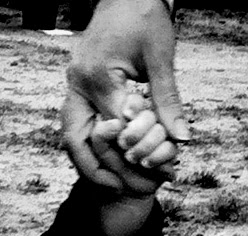 I was about 30m away, my joyous 2 year old son, Bang, was running across a field, one he always heads for after we’ve been to the playground adjacent. He was not alone, he was with his Grandmother, but he’d picked up speed and was heading for the car, I yelled for him to wait as I began running. But before I could get to him he had passed through the railings and was on the road. I yelled again.

My story has a happy ending, because as he ran across the road, there were no cars. On the same day another family of a nine year old boy was not so lucky. Like me, his mother shouted “Stop, wait” but ignoring or not hearing her he ran across the road without seeing the bus that would end his life. This lovely boy was running to return a toy his younger sister had mistakenly taken from the Doctor’s surgery they were just at.

As I read about witnesses describing the mother’s screams my heart broke for her. Every time I think of her and so many other parents who have had to some how live through such a tragedy the agony pushes tears from my eyes.

I can only imagine how broken and lost she is feeling today and for so many days into the future. It is every parent’s worst nightmare. Ever since I became a mother I have these visions of horrendous things happening, like cars losing control and hitting the pram as we cross the road or them falling awkwardly at the local playground the second you look away. Despite these harrowing daydreams, I assume sent to heighten my protective instincts, I still don’t really grasp that by some wicked chance, I could be that mother screaming to fight against a reality too traumatic to grasp.

As I watched Bang not even glancing sideways as he ran across the carpark lane to the car, I got a little glimpse into the fragility of our contented lives. Even though I have drummed road safety in so hard that Bang told me off the other day for standing on the road behind our car, these things can still happen. He knows not to go on the road, but in a moment of thoughtlessness there he was. I suppose that’s why they call it an accident, you just don’t see it coming.

Nonetheless it is a timely reminder for me to be extra vigilant. And to pay tribute to the beautiful children who’s lives have been tragically cut short I’ll be holding on to my boys’ hands so tightly and trying to remember as I get distracted by a screaming toddler or a friend or a phone call, to never take my eyes off them.