My IdeaLife: pre-baby
skip to main | skip to sidebar 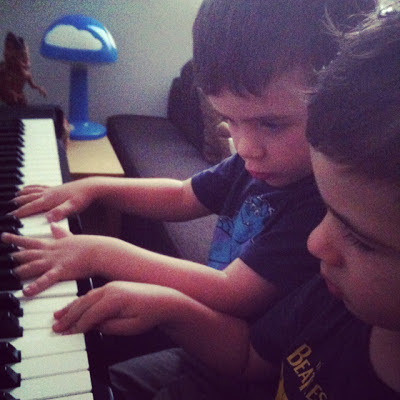 Pass-times can be one of those sneaking casualties of becoming a parent, especially if you end up going back to work, like me. The only music that made it past the turning point of birth were my wedding compilation albums, the occasional superb song like Foster the People's Pumped up kicks and the three songs I sing to the boys at bedtime; Close to you, Evergreen and Someone to watch over me.

Well am happy to report a cool phase has begun with my babies now big enough for me to start remembering loves, pre- the biggest love of my life. One of them has been my hubby, but that's another less G-rated blog post and as you've probably guessed, the other is listening, playing, dancing and singing.

Triple J has some really annoying DJs, but when they are not talking they are still educating Australia on the latest and best music ever made. And if classics are not your strong point then I can't recommend the first five series of Glee highly enough, with soundtracks of whole generations captured in a new and creative way.

Anyway it wouldn't be a useful post if I didn't share a favourite that hopefully becomes a part of the soundtrack for your life too. And if it is anything like mine, the tables have turned again.

What have you rediscovered that the baby years briefly took away?