Monday, November 17, 2014
I've always been quite proud to admit I've never been an hysterical fan. When I watch young girls screaming and crying as some slightly talented teenage boys lip-sync in front of them, I often find my top lip involuntarily lifting in disdain... that was until last night...

I am lucky enough to work for a corporate sponsor of the Sydney Theatre Company and I therefore get to attend a few opening nights a year. Now this particular opening night was almost going to hit the scrap heap of many of my social possibilities, in favour of sleeping, so as to deal with mr 4 and 5 the next day. Knowing it was Cyrano de Bergerac and Richard Roxborough I thought, in my constant state of exhaustion, "drag yourself along" and so I did.

As usual the luminescent Cate Blanchett floated past me at the pre-show function, and as in the other few times I have seen her, I admired her Grace Kelly-like elegance, but coolly continued my champers and conversations with my colleagues (that wasn't the case the first time I saw her by the way).

Looking forward to what turned out to be a great production, I had no idea that the state teenage girls seemingly often find themselves in was my destiny in a few short minutes. The whisper of one of the gorgeous STC staff produced such an effect as the words "Robert Redford" were matched to some other words, namely, "do you know who's here with Cate?".

My jaw dropped in shock "Nooooo" left my mouth around 4 times as I struggled with this reality, my breath and adrenaline. And there I was morphed within seconds into a fluttering teenage groupie out of control and hell bent on seeing, talking, touching this actor prior to fainting.

Now just to be clear, I am not the type that gets giddy, I mean I would be completely giggly if Gerard Butler or Ryan Gosling were having a drink within metres of me, but I would probably approach them more for the selfie-fame than because I literally couldn't stop myself.

Robert Redford on the other hand represented something altogether different, I mean he's in his 70s so it wasn't lust, it was more like my life flashed before my eyes. Don't get me wrong I'm not that old, but I am lucky enough to have a Mum with amazing movie taste and I watched Robert Redford and Paul Newman from a very young age. 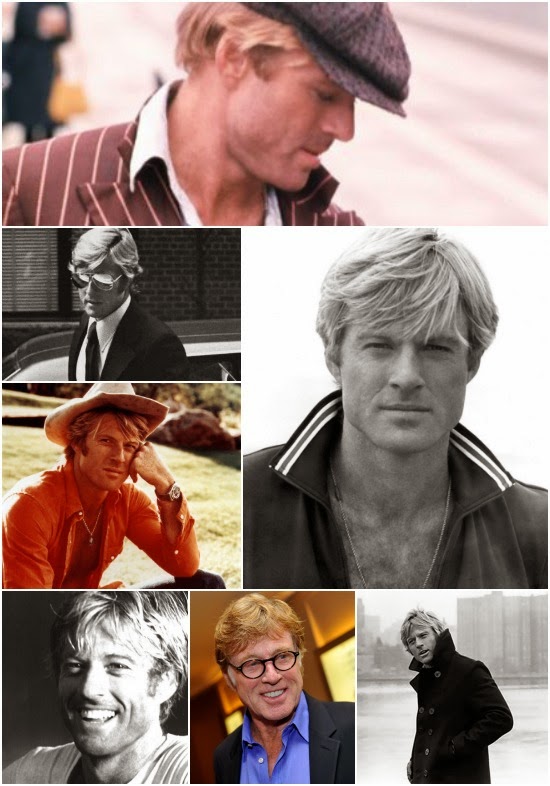 Of course I became Katie in the 'The Way We Were' hopelessly in love with Hubbell, I was also Karen in 'Out of Africa', jelly in Denys' hands, and later after I was married I was Diana and Annie, tempted away from monogamy in 'Indecent Proposal' and 'The Horse Whisperer' by his easy confidence and determination. The guy has been every man I wanted and couldn't have, stringing me along for years and there he was the real representation of my fantastical romantic history, just standing there. Shiiittttt!

Alas social etiquette kicked in and I was held down by two STC staff...well not really but that's how it felt as I was being drawn to him like metal to a magnet. Instead I had to stand still and pretend I was so important myself, being a fellow "VIP" (as if!), that Robert Redford was nothing to me.

As I walked away from what I knew was my one chance to make a complete ar5e of myself I was philosophical about not getting to hear his unmistakeable voice ... comforting myself that it was for the best and it may have smashed my fantasy about the legend with a less than extraordinary reaction to what would have been a huge foot in mouth moment from me... then I metaphorically slapped myself in the head and began to figure out how I could get another chance!

So Robert Redford you still may have to endure 2 minutes of raving compliments at some time in your not too distant future. Hopefully it will be fun and flattering - well I can only continue to dream! "Looooooovvvvveeee yoooooooooouuuuuu!" ah argghhh arrrrrrrr *cue hysterics*