My IdeaLife: Fathers
skip to main | skip to sidebar

House Husbands and the importance of Bunny

Monday, September 10, 2012
Am loving House Husbands on Channel 9. And although there are quite a few leaps outside of most family's reality, watching Justin (Firass Dirani) looking for his baby girl's lost pink bunny is a very real situation that I'm sure many parents have faced. 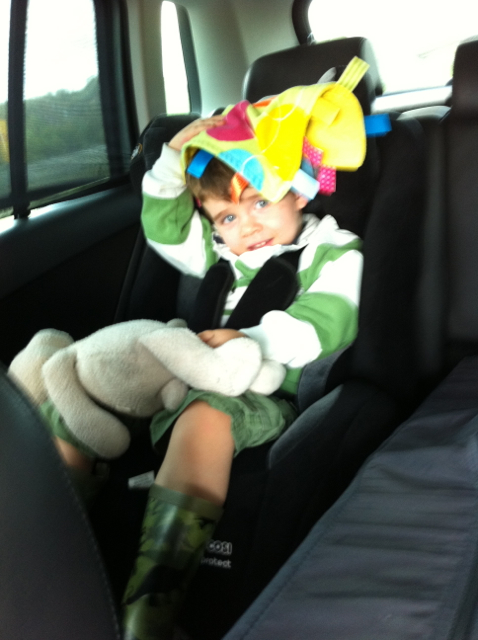 Our eldest boy is three and a half and at last his beloved Blankie, a treasured baby gift, is starting to cut little less of a figure in his life, but it was only last year that Blankie going missing struck fear into the hearts of men, small and large and one woman.

Once we lost Blankie in the supermarket and some kind person whom I am forever grateful to, picked it up and put in on the bananas where he waited for us for ten terrifying minutes. My relief was palpable and our then 1 year old grabbed him and held him close like a long lost friend.

Then there was the time Daddy forgot to bring blankie home from kindy... on a Friday!!!! We realised then how strong the attachment between Blankie and Bang was. It's completely understandable when you think about it, when we'd left the room, gone back to work, had a shower or got forbid gone to the toilet alone, Blankie had stayed with our little man everywhere he went. Blankie was his truest friend and as his devastated face crumpled we knew we were all in for one of the worst weekends of our lives! Again finding him packed in one of the kindy toy baskets on Monday morning was one of those great moments in my recent existence, my heart sang!

Then there was the time Blankie was left in the car and instead of accompanying his beloved owner into Kindy he went for an adventure to Daddy's workplace, where beyond his wildest dreams he got to go for a ride on a courier's motorbike back to kindy and back into Bang's arms. That adventure wasn't taken under pressure from me, my husband, who obviously valued his life, came up with that one all by himself and just told me about it later.

First rule of comforters is to buy two of the exact same kind. I discovered this rule about 6 months too late, I think I got spooked after the supermarket incident. When I happened upon the same taggie in a local baby shop I almost giggled out loud in a strange unhinged sort of way. When I got it home and patted myself on the back as I swapped Blankie over for a much-needed wash, it was about then that the giggling stopped. Bang looked at imposter blankie and patted it, looked at me, looked back at imposter blankie and then threw it. I couldn't believe it, he knew because of the texture, the new one was much softer and didn't smell nearly the same. I remembered when I had first given Bang Blankie he was only 6 weeks old and I'd spent a night sleeping with Blankie on my skin so it's smell would comfort him to sleep. It had obviously worked far too well.

Thankfully three years on and deputy blankie occasionally gets a look in but only if absolutely necessary and only if real Blankie is around also.

So Justin trailing around Melbourne on every possible tram to find a pink bunny, not weird, not extreme, not fictional at.all. Just a great Dad who understands the rules of toddler and baby life. Bunny, Blankie, Ted et al are real friends and irreplaceable, just don't ever lose them...ever.... well not if you value your sanity!