My IdeaLife: Botox
skip to main | skip to sidebar

The Bachelor restored my faith in humanity...no really! 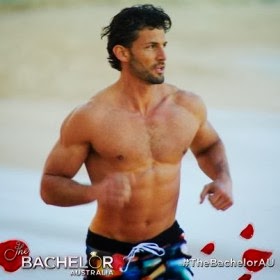 I have made no secret that from the second I saw Ali twinkle her eyes in the light reflecting off Tim's shiny hair that somehow, despite my known hatred of all things reality TV, I got hopelessly addicted to The Bachelor Australia. Initially it was more of an anthropological study for me, as I stared curiously at the motionless brows, false eyelashes with breasts to match and unnaturally thin noses, that I don't normally encounter IRL (I'm not in event planning on the Gold Coast obviously... ok so this one fashion blogger I know who doesn't do event planning on the Gold Coast seems to have a very still face, but everyone else has nerves that still work and sad limpy breasts).

But I digress, anthropological really is my way of saying I couldn't look away from the car crash, I was dying to see what intellectually stimulating conversations people could make through very large lips and fluorescent white teeth while teetering on 10 inch stillettos. Obviously I am jealous as have never managed any of these things, except the stimulating conversation bit...ask my work colleagues, that happens every day.

Oh man I digress again, my point in all this is that watching The Bachelor and then reading Rosie Waterland's recap of it every week made me laugh harder than I had in a long while ( I have irish twins...now it all becomes clear). There were some nights I had to put my hand up as the fakeness mixed superbly with obvious intellectual handicap was too much to bear, but tonight even as I read my very cynical twitterfeed (girls where is your heart?!) I was relieved, so relieved that it actually restored some of my faith in the human race....why because the only really intelligent and genuine girl on the show got picked!!! This never happens, the fake moron or the bitchy manipulatress always wins. The natural, confident and successful girl with a funny chin misses out.....right? Especially when the bachelor's brain has been fried by a weird mix of beach-staring induced endorphins and human growth hormones. That walking bicep was so going down the Rochelle or Dani path in my version of "what's wrong with the world?".

But no, I underestimated Timmy, maybe steroid abuse has been good for him, maybe travelling by helicopter and/or boat for 13 weeks somehow delivers some sort of intelligence via osmosis, or maybe his Mum clued him in. Poor old Rochelle's high-pitched facade was not getting past an usually very active brow that gave away Tim's Mum's "I'm a psychologist babe, and you're hiding something!" distrustful frown. I knew it was in the bag for Anna, by the polar opposite facial expressions of Timmy's Mum - replay it back, check it out, she loves her and knows she's for real - Oh f*#k it! I'm just gonna say it "I love her too!" #tragic

I'm going to try to restore my cynicism, but my tears when Timmy choked up telling Anna she had his whole heart, were real, and yep she and Osher's attempts at being stiff and serious, have made me believe in fairytales again. Thank goodness my knight in shining armour has already arrived or god knows what I'd now end up with. Off to buy some growth hormones for the hubby after I google whether botox actually is dangerous. And you can be sure you will not see a twinge on this face until Ali turns up as the Bachelorette!