Hand me the tissues! #theBacheloretteAU tearjerker ~ My IdeaLife
skip to main | skip to sidebar

Hand me the tissues! #theBacheloretteAU tearjerker

Wow, ok so I have written about the Bachelor franchise once before when I was so relieved Tim "Bryll cream" Robards chose a real person with some level of substance over what could only be called a walking plastic mannequin. Although the next series had some interest with Laurina "self awareness of a knat" Fleure, and her infamous #dirtystreetpie moment in the limelight, Blake's inexplicable weirdness meant it never made it to this hallowed place. Even gorgeous Sam, from earlier this year although the most intelligent and normal of the Bachelors so far, didn't grab my heart. But that little closet bogan with the same name, that fell for that weirdo Blake, has seemingly won the hearts of more than one guy tonight, even Osher's hair seemed to soften. 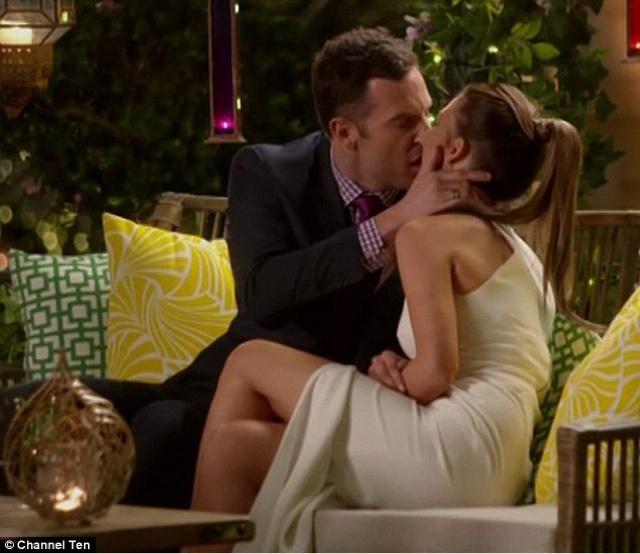 The difference between this first Bachelorette series in Australia and the three preceding Bachelor series was being able to witness for the first time what some describe as love at first sight. She literally melted when she met Sasha and their first kiss was insanely sexy - and I've been married 10 years, I know what I'm missing. He kissed her with pure lust, no awkwardness, no second guessing, all in. It was natural and as real as two people with six cameras on their every move, can be.

So as Sam shook out her fears in her final speech, and choked up as she explained she couldn't understand why she had been hurt so many times ... until she met him, and then it all became clear that she had been waiting her whole life to meet him and f#*k it, I melted then too and forgot about the cheesy mermaid dress, the constant need to travel by air effing everywhere, the thickness of so many that have graced the rooms of the classless, over-dressed waterfront mansions, the banal date surprise speeches - I did all this for... xyz, when we know there is an overworked and underpaid production team shipping in a multitude of plush 2-seaters into places that sofas are just not meant to be. And the constant cheese platters that dont get touched because dairy...doh! Sam's speech, Sasha's "I want to jump your bones this instant"-ness, brought not one, but two tears to my eyes and spilling down my cheeks.

It seems living with a male that rarely speaks unless yelling at a sporting match, four forceps, many stitches, and many more sleepless nights have not cured this romantic heart. Whatever happens now doesn't really matter because for that moment those two people fell into eacho ther seamlessly and it was a beautiful thing to witness and when I read the truth beyond that moment tomorrow - maybe I will feel foolish, but maybe just maybe, there is love at first sight and I'm really hoping those two make the most of that.